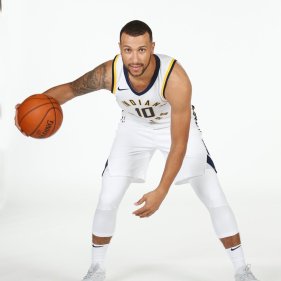 We’ll be handing out the proclamation at tonight’s Bucks game. Look for pictures this weekend. Should be a fun night.

TREY McKINNEY-JONES ON HIS NBA CONTRACT

Whereas, Trey McKinney-Jones attended South Milwaukee High School, graduating in 2008. Trey was a two year starter for the South Milwaukee Rockets basketball team, was a first-team All-Conference pick in the Southeast Conference, and he led the Rockets to a co-championship in the SEC North Division; and

Whereas, in addition to his basketball career, Trey was also a long and triple jumper for the Rockets, winning two state titles in the triple jump. He still holds school records in both the triple jump and the long jump at South Milwaukee High School; and

Whereas, Trey spent time in training camp with the Milwaukee Bucks in 2013 before going on to play professionally in Hungary, Israel and France. He has played for the Fort Wayne Mad Ants of the G-League since 2013, and this year was averaging 11.4 points, 2.8 assists and 3.0 rebounds per game; and

Whereas, Trey’s hard work and determination has paid off with the Indiana Pacers signing him to a contract on February 21, his first NBA experience. In doing so, he becomes the first NBA player from South Milwaukee since Kurt Nimphius retired in 1990; and

Whereas, it is with great pride the City of South Milwaukee pays tribute to Trey McKinney-Jones on his success.

Now, therefore, be it resolved that I, Mayor Erik Brooks and the Common Council of the City of South Milwaukee, do hereby declare March 2, 2018, as “Trey Day” in South Milwaukee, and extend our congratulations to the Trey on his NBA debut and wish him continued success on and off the court.