A Word on Babe Ruth’s Bat … and Why It’s in South Milwaukee, For Now 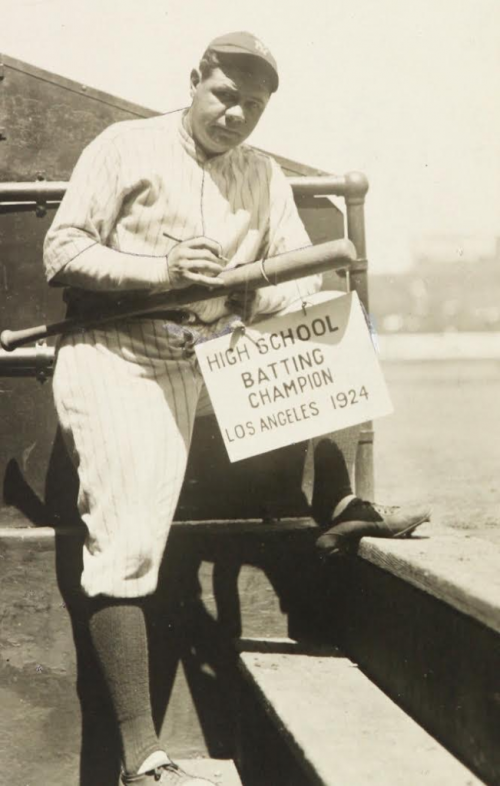 A Babe Ruth bat worth millions of dollars is up for auction after a legal battle — after it leaves South Milwaukee, of course.

Local business MEARS Online Auctions has the bat for sale as we speak. The asking price: $3 million minimum. So far, there are no bids, but owner Troy Kinunen thinks it will fetch as much as $10 million by the time the auction closes Dec. 1.

WISN had a story on this recently, and here is coverage from Sports Collectors Daily.

From the Sport Collectors Daily story …

No matter how many stories have been spun about Babe Ruth, there always seems to be another one waiting to be told.

Here’s one with an intriguing history.

The bat used by Ruth when he hit his first home run of the 1924 season was awarded to a high school senior who won a batting title in the Los Angeles area. The bat was an heirloom that was bought by a relative when the man’s family held an estate sale after his death. Then, it was stolen after an act of good faith went awry, only to pop up again nearly 30 years later.

After a lawsuit and settlement over ownership of the bat, the Louisville Slugger model is being offered by Milwaukee-based MEARS Online Auctions. Washington state resident Mike Robinson is hoping for big payday from a bat that once belonged to his uncle.

“Look, Muhammad Ali is cool. Thomas Hearns is cool. Nolan Ryan is cool. But we’re talking about Babe Ruth,” Robinson said. “People know about him in India and Japan, all over the world. There’s no comparison.”